Qutub Minar enjoys the status of a must-visit status in Delhi and attracts million of visitors every year! The tallest brick minaret of the world is also a UNESCO world heritage archaeological site. Here we list a few interesting facts about the finest Indo-Islamic architecture:

1) The Tallest Brick Minaret in the World

The Qutub Minar is 72.5 meters tall and tapers from a 15 meter diameter base to a mere 2.5 meters at the top. There are 379 inside the tower to reach the top. 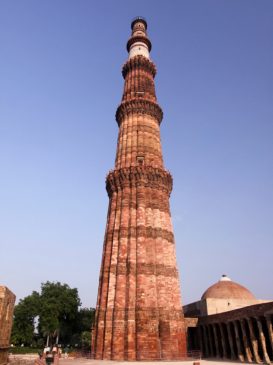 The Qutub Minar was built in three stages by three rulers of Delhi. Qutab-ud-din Aibak built one storey followed by his successor, Shams-ud-din Iltutmish who built three storeys more. After a lightning strike destroyed the the top storey in 1369, Firoz Shah Tughlaq restored the monument to its former glory. 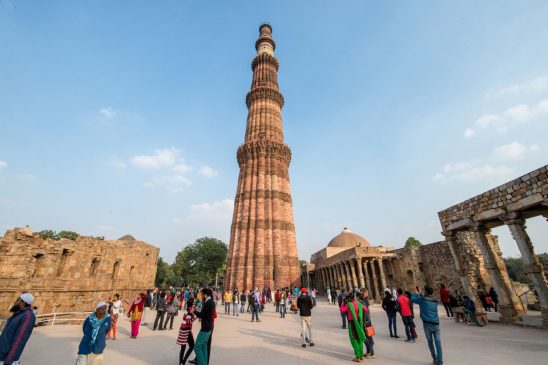 Quwwat-us-Islam Mosque – was the first mosque to be built in India ever resides in the premises of Qutub Minar. 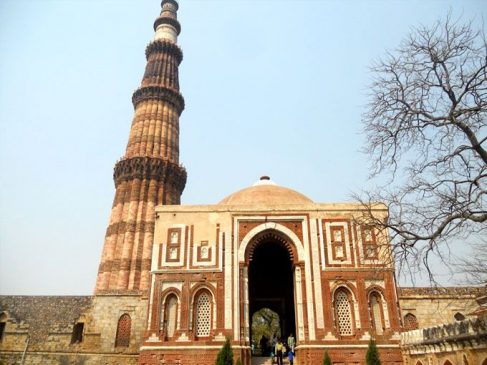 It was built as a mighty, awesome tower of victory to commemorate the defeat of the last Hindu kingdom in Delhi. The tower marked the site of the first Muslim kingdom in North India. 6) The Iron Pillar in the Qutub Minar Complex

The iron Pillar which is a 7 meter column in Qutub Minar Complex has stood the test of time and has shown no signs of rusting even after 2000 years. 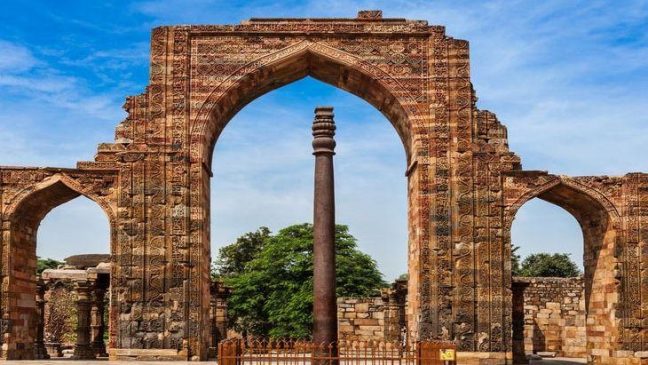 There are more than half a dozen other minor monuments in the Qutub Minar Complex, that include mosques, tombs and pillars. The complex includes: Iron Pillar of Delhi, Quwwat-ul-Islam Mosque, Alai Darwaza, the Tomb of Iltutmish, Alai Minar, Ala-ud-din’s Madrasa and Tomb, the Tomb of Imam Zamin, Major Smith’s Cupola and Sanderson’s Sundial. 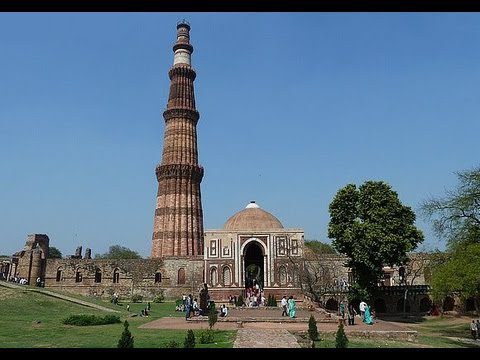 8) The (almost) Foray into Bollywood

Bollywood actor and director Dev Anand wanted to shoot the song “Dil Ka Bhanwar Kare Pukar” but the cameras were too big to fit inside the tower’s narrow passage, and hence the song couldn’t be shot there.

Qutub Minar has a Decorative Light Show every evening from 6:30 to 8pm as well as the Qutub Minar Festival in October/November which shows the cultural art forms of the country with a back drop of this exquisite minaret. 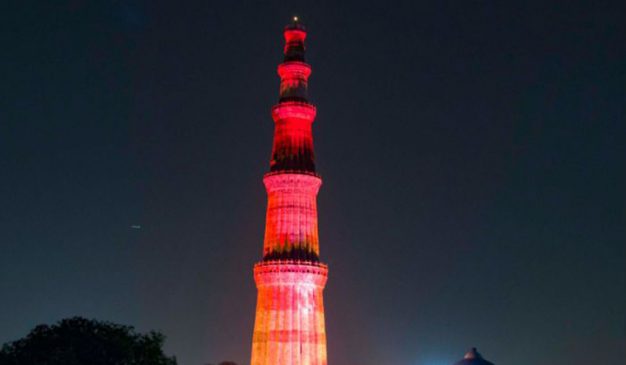 10) Alauddin Khilji commissioned of another, taller, and more beautiful minaret

Ala-ud-din Khilji aimed to build a second tower exactly like the Qutub Minar, but twice as high. However he died soon after and the project was never completed.

Despite being a Muslin landmark in India, it was built by Hindu artisans. Also the Qutub Minar complex is said to initially house 27 ancient Jain temples which were destroyed. The debris from these temples was used in the construction of the temple.

The structure is not erect and leans a lit. It is believed that it is because of a lot of construction and de-construction in the past. 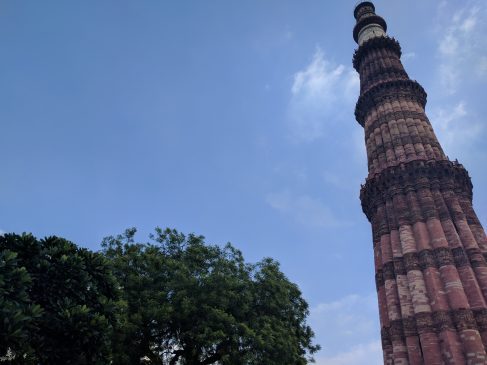 These were some of the interesting facts about this historical heritage. Do let us know if you have been to the monument in the comment section below!

10 Best Multivitamins for women in India you need to check!