India is known for its culture and heritage all over the world. UNESCO chooses the best sites as the World heritage sites that depict the perfect blend of Culture and History. Here, we have brought you a list of 11 must-visit UNESCO world heritage sites in India which are full of artistic values and showcases the richness of Indian Culture. To your surprise, India alone has 36 UNESCO Heritage Sites in India which you can’t afford to miss as they unfold some interesting facts related to its structure or reason behind its ruin that you must be wondering.

All these 36 sites come under UNESCO (United Nations Educational, Scientific and Cultural Organisation) World Heritage Sites are selected by United Nation on the basis of historical, cultural, scientific or unique in respect of historical and geographical places like an ancient ruin, structure, or any significant story related to the structure. Located in the Aurangabad district of Maharashtra, the largest monolithic excavation in the world, locally known as ‘Verul Leni’.

This cave is dedicated to Lord Shiva and is also known as Great Kailasa.

Cave 15 is a great attraction here as it represents the 10 avatars of Lord Vishnu. The carvings on the walls are uniquely designed and really stunning.

Located in the Bundelkhand region of Madhya Pradesh, having Vindhya Range of mountains as its beautiful backdrop. This makes Khajuraho the more fascinating destination to visit.

The name Khajuraho was derived from ‘Khajur’ (date palm).

Located within the ruins of Vijayanagar on the banks of Tungabhadra River, Karnataka.

The name of Hampi was derived from the word ‘Pampa’ an old name of the Tungabhadra River and also another name of goddess Parvathi. It was built back in the 14th Century CE.

Musical Pillars are the most attractive structure of Vittala Temple. It has 56 musical pillars when tapped they produce musical sounds. They are also known as SAREGAMA Pillars.

Its fame also comes from the chapters of Hindu epic Ramayana where Ram and his brother Laxman visited this region in search of Sita. They came to seek help from Sugriva and Balli who ruled this region.

Located in the Aurangabad district of Maharashtra. The caves of Ajanta are home to some of the most magnificent masterpieces of Ancient Indian Art.

Ajanta caves were built from 2nd century BCE to about 480 CE
There are 30 caves all depicting the life of Buddha. Portraying Buddhist philosophy and teaching of Buddha and have a central theme of the various Jataka stories. It is one of the most popular Buddhist monuments in India.

Located on the coastline of Odisha. The word Konark means Corner (Kona) and Sun (ark). This temple is dedicated to the Sun God.

Konark Temple was built in the 13th Century CE by the king Narasimhadeva I, the great ruler of the Ganga Dynasty. It was designed in the form of Chariot mounted on 24 wheels.

There is a whole lot of science behind its construction. The main idol was said to have been floating in the air due to the arrangements of magnets. 52 tons lodestone was used to make the idol of Lord Sun suspended. According to legends, it is said that the magnets interfered with the compass needle used in the ships, sometimes lost their path or collided with each other resulting in destruction. So, Portuguese removed the magnet from the top of the temple which is primarily accountable for the destruction of the temple. The main attraction of the temple is the wheels located at the base of the temple. They are not just wheels they depict ‘time’ as well they are the ‘sundial’. One can calculate the precise time of the day by just looking at the shadow cast by these spokes. Another attraction of this temple is The Lions at the entrance they teach ‘Mortality’. Each lion is shown crushing an elephant and beneath each elephant lies the human body. Here Lion represents ‘Pride’ and Elephant ‘Money’. Located in the Risen district of Madhya Pradesh. One of the most important Buddhist monuments reflecting gem of Buddhist art and architecture. It is the oldest stone structure in India.

It was built in the 3rd Century CE by Emperor Ashoka of Maryan Dynasty. The architecture inside tells a fascinating story about Buddha, Mauryas, Satvanas and the Shungas. The Toranas, the 4 ornamental gateways are elaborately carved depicting the story of Budda’s life. 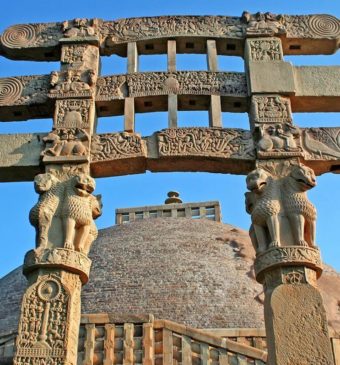 A visit to Sanchi will bring alive the awe you felt as a child as you listened to the tales of Ashoka.

Located in the capital of our country Delhi, it was the first Indian building known as a Classical specimen of the double-domed elevation with kiosks on a huge scale.

Contrary to Taj Mahal, Humayun’s tomb was built by a wife Hamida Banu Begum, for her husband in 1562 CE. It was notably the first garden-tomb on the Indian Subcontinent with beautiful causeways and channels. The architecture of the tomb is inspired by Persian an Islamic style. The interior has not remained but the outer tomb has been preserved paramountly. Humayun’s Tomb is also called Dormitory of the Mughals with more than 100 graves within the entire complex.

During the Rebellion of 1857, Bahadur Shah Zafar took refuge in this tomb with 3 princes.

Located in Jaipur, Rajasthan, close to City Palace and Hawa Mahal. It is the must-visit attractions of the city.

Jantar means ‘instrument’ and mantar means ‘formula’ or ‘calculation’, hence Jantar Mantar collectively means ‘calculation instrument’. Built in the 18th Century by Maharaja Sawai Jai Singh to study time and space. The structure is a complex of nineteen architectural astronomical instruments and is still running and being used for calculations and teaching. It is used to observe and study the orbits around the Sun. Some of the structures here were built in stone and marble, and some in bronze.

The main attraction of Jantar Mantar is the world’s biggest stone sundial called as Brihat Samrat Yantra. This instrument gives the local time at the accuracy of two seconds. 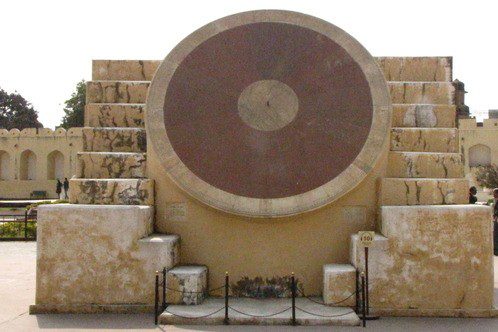 It is the largest of the other Jantar Mantar standing in the other states of India.

It was built by Narasimha Deva in the 6th century B.C. It was founded by Buddhist monks during the reign of the Gupta dynasty and is a famous Buddhist and Jain pilgrimage city too.

The name Nalanda was derived from a combination of 3 Sanskrit words: ‘Na’, ‘Alam’ and ‘Daa’, which means ‘no stopping of the gift of knowledge’

The University had 10 temples, meditation centers and the greatest library of the world divided into three building-Ratnasagara (nine-storied building), Ratnadadhi and Ratnaranjaka; which not only contained religious manuscripts but had a huge collection of books on literature, astrology, philosophy, science, warfare, history, economics, law, geology, math’s, architecture, metallurgy, linguistics, astronomy, medicine and many more. This is quite evident from the fact that it took about 3-6 months for it to burn down completely, at the time when it was set aflame by the Muslim invaders. According to records, the University was attacked thrice by invaders but rebuilt only twice. Huns was the first one to do the destruction under Mihirakula during the reign of Skandagupta (455-467AD). But the library was restored and improved with a bigger building and better faculties by Skanda’s successors. The second destruction was done by the Gaudas which was again restored by Harshavardhana, the Buddhist king (606-648AD). But the army led by Turkish leader Bakhtiyar khilji did the most destructive attack in 1193 who tried to destroy the roots of knowledge, Buddhism, and Ayurveda, from the country. Khilji was an illiterate person who was hired by some Turkish rulers due to his military skills. He was good at killing people (including Muslims) irrespective of their religion.

Nalanda University no doubt was something that Indians were, are and will be proud of for generations to come.

Located on the outskirts of Delhi. One of the finest examples of Indo Islamic architecture, Qutub Minar is the highest brick minaret in the world.

Qutub Minar was constructed by Qutub-ud-in- Aibak. Historians have conflicting views with regard to the name of the tower. Many historians believe that it was named after Qutb-ud-din Aibak, the first Muslim ruler of India while the others contend that it was named in honour of Khwaja Qutb-ud-din Bakhtiar Kaki, a saint from Baghdad.

Whole Quran is carved on the outer walls of Qutub Minar.

located in the Raisen District of Madhya Pradesh, an archaeological site of the Paleolithic age.

The name Bhimbetka is associated with Bhima, one of the Pandavas of the epic Mahabharata. The word Bhimbetka is said to derive from Bhimbaithka meaning “sitting place of Bhima”. 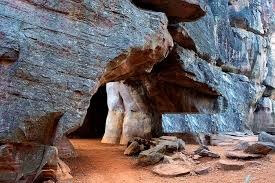 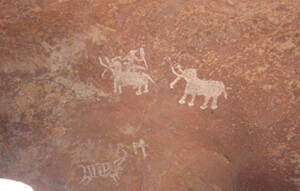 Rock Shelter is filled with cave paintings depicting the lifestyle of ancient hunter and gatherers. The earliest paintings are deemed to be 30,000 years old, while some dates back to as recently as medieval periods. There are only 12 caves that are open for visitors, out of around 600 caves in Bhimbetka.

Which is your most favourite world heritage site in India? Let us know in the comment section

Which Type Of Mattress Is Best For Health?