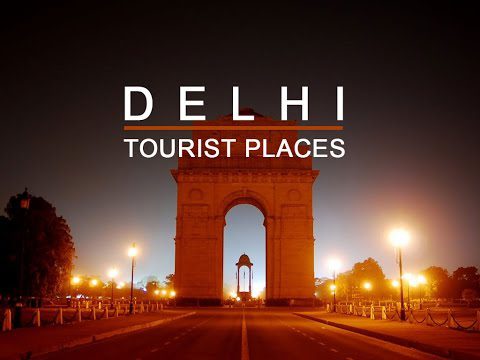 A prominent Sikh Gurudwara in India is Gurudwara Bangla Sahib in Delhi known for its association with the eighth Sikh Guru, Guru Har Kishan. It is a worship house for the Sikh religion believers but now it is a primary pilgrimage and tourist attraction in Delhi. There is a beautiful pool as well inside its complex which is named as Sarovar. It had come into existence as a small shrine by Sikh General Sardar Bhagel Singh in 1783 who was supervising the construction of nine other Sikh shrines in Delhi at the same time.

Gurudwara Bangla Sahib is located near Connaught Palace on Baba Kharak Singh Marg and it is recognizable easily from a distance due to its golden dome and tall flagpole.

The concept of langar is practiced and regardless of race or religion, all people can eat in the Gurudwara kitchen. If you wish to enter the Gurudwara, you should cover your hair and avoid wearing shoes inside. There is a higher secondary school, Baba Baghel Singh Museum, a library and a hospital situated inside the complex. Patel Chowk, Rajeev Chowk, and Shivaji Stadium Metro station are the major metro railway stations near to the Gurudwara. An open-air food plaza and craft bazaar, a triumphant spot of people’s gatherings and their chatters is Dilli Haat in Delhi which is a venture of Delhi Tourism and Transportation Development Corporation. Dilli Haat is quite unlike the other markets in the area. It is permanent and opens all days. The exact location of it is the commercial centers of South Delhi opposite to the INA market. The complex is situated in an area of 6 acres and it came into existence as a part of the reclamation project and then transformed into a plaza.

The plaza extends a firm foundation work, many small thatched roof cottages, and kiosks. Some shops here are there for permanent while some others are rotated usually for fifteen days. From fabrics to sculptures, the items you get here are prominently costly in big shops. Here you will get rosewood and sandalwood carvings, embellished camel hide footwear, soft fabrics, and drapery, beads, brassware, metal crafts, silk clothes etc. Handlooms and handicrafts are also a dedicated collection at this market which is exhibited in the exhibition hall in the complex. Among the temples in Delhi, Akshardham Temple or Swaminarayan Akshardham Complex is amazingly famous as it is known to be a spiritual and cultural campus in Delhi. This complex showcases the traditional Hindu and Indian culture, spirituality and architecture. Tourists from all over the world come to Delhi will visit the temple to understand the spiritual facts of India. The temple was opened in 2005 by Dr. APJ Abdul Kalam. It is one of the most religious places to visit in Delhi with family.

Sitting on the banks of the Yamuna River in eastern Delhi, the complex possesses the temple at the center and the construction was according to the Vastu Shastra and Pancharatra Shastra. There is an Abhishek Mandap, Sahaj Anand Water Show, a theme based garden, and three exhibitions like Sahajanand Darshan, Neelkanth Darshan and Sanskruthi Darshan which is a cultural boat ride. Visiting Akshardham is one of the most popular things to do in Delhi.

Among the attractions inside the complex, Akshardham Mandir is quite famous and more charming. The architectural measures prove that the temple is 141 foot high and 316 foot wide. The walls of it are explicitly carved with the images of flora, fauna, musicians, deities etc. It has an intricate architectural style of Maharishi Vastu concepts and for the construction of the temple, the pick sandstone from Rajasthan and Carrara marbles from Italy was used. It accommodates 234 adorned pillars, nine domes, 20000 murtis of sadhus, devotees, and acharyas. A very significant museum in the history of India is the National Rail Museum in Delhi. It is situated in Chanakyapuri with a focus on the rail heritage India had been possessing. It was opened on February 1st, 1977. The building is in over 10 acres of land enhanced by both indoor and outdoor exhibits. The visitors are allowed to do a toy train ride around the site on regular days. Apart from the toy train, there are a lot of amusing items on the display such as 1:8 scale trail, Diesel simulator, Steam simulator, Coach Simulator and things like these.

The concept of a transport museum was coming into the presentation in 1962. However, the first concrete shape of it came out in 1970. It was coming into the scenario under the advisory of Michael Graham Satow who was a genuine rail enthusiast. In 1971, the foundation stone for the museum was laid by the then President of India V. V. Giri. The Rail Transport Museum as it was known in the initial days was inaugurated by Kamalapati Tripathi, the Minister of Railways during that time.

Later, the name was changed to the National Rail Museum in 1995. Patiala State monorail trainways, the oldest operational steam locomotive Fairy Queen, Fire Engine, Saloon of Prince of Wales, Saloon of Maharaja of Indore and Mysore, electric locomotive 4502 etc are a few of the possessions of the museum that have the history of many centuries to be told. The museum is located near to the Dhaula Kuan Metro Station which is about 2 km away and you can catch an auto rickshaw to reach the museum from the station. Raj Ghat in Delhi is an important landmark for India as it is a memorial to the father of our nation, Mahatma Gandhi. It used to be the name of a historic ghat of Old Delhi that is Shahjahanabad situated on the banks of Yamuna River. Near to it was Raj Ghat Gate of the walled city that opens at Raj Ghat on the banks of Yamuna River and thus later, the memorial area was also started addressed as Raj Ghat. A black marble platform that symbolizes the spot of Mahatma Gandhi’s cremation happened on 31st January 1948.

The spot is open to the sky and there is an eternal flame burn at the end. A stone path that leads to the walled enclosure is the pathway for the visitors to reach the memorial and the guests should remove their footwear before entering the walls of the Raj Ghat. Near to Raj Ghat, you can find other samadhis or cremation spots of other major persons. The place was landscaped and the construction of the memorial was done by Alick Percy Lancaster. He was the last Englishman to hold the post of Superintendent of Horticultural Operations for Government of India.

To the north of the Raj Ghat is where the memorial of Jawaharlal Nehru is situated which is known as the Shantivan. Ekta Sthal, the site where K R Narayanan was cremated is also located adjacent to Nehru’s cremation site. The area of the Raj Ghat is made beautiful by a lot of trees around planted by the dignitaries and heads of states visiting the sites. It is open from 05:00 am to 07:30 pm on all days. 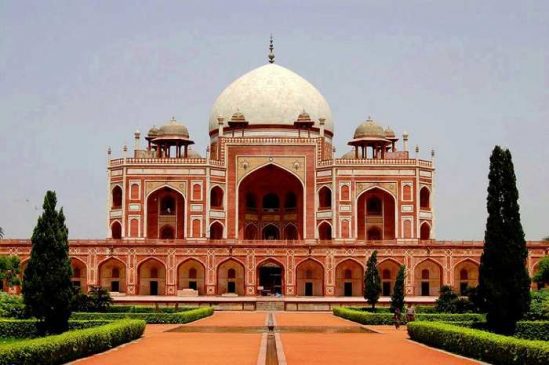 Maqbera e Humayun or the Humayun’s Tomb in Delhi is a major historical site in India. It is the tomb of the famous Mughal emperor of India Humayun. It was commissioned by the first wife of Humayun who was the chief consort as well, Empress Bega Begum in 1569-70. The design of the tomb was born in the heart of Mirak Mirza Ghiyas- a partial architect invited by Bega Begum herself.

Located in Nizamuddin East in Delhi, the tomb is known as the first garden tomb found on the Indian subcontinent, placed very close to the Dina-Panah citadel. UNESCO declared it as a World Heritage Site in 1993 and since then its reputation began to flourish. But after that, it had to undergo several restorations.

Near the tomb, there are several smaller monuments from the main entrance to the West that include one that even built prior to the main tomb. Isa Khan Niyazi’s tomb is that one who was an Afghan noble in Sher Shah Suri’s court of the Suri dynasty.

Humayun’s tomb complex accommodates the main tomb of the Emperor Humayun along with the graves of Bega Begum, Hamida Begum, and Dara Shikoh as well as other significant Mughal members.

Do you know any other must visit tourist attraction in Delhi? Let us know in the comments section!