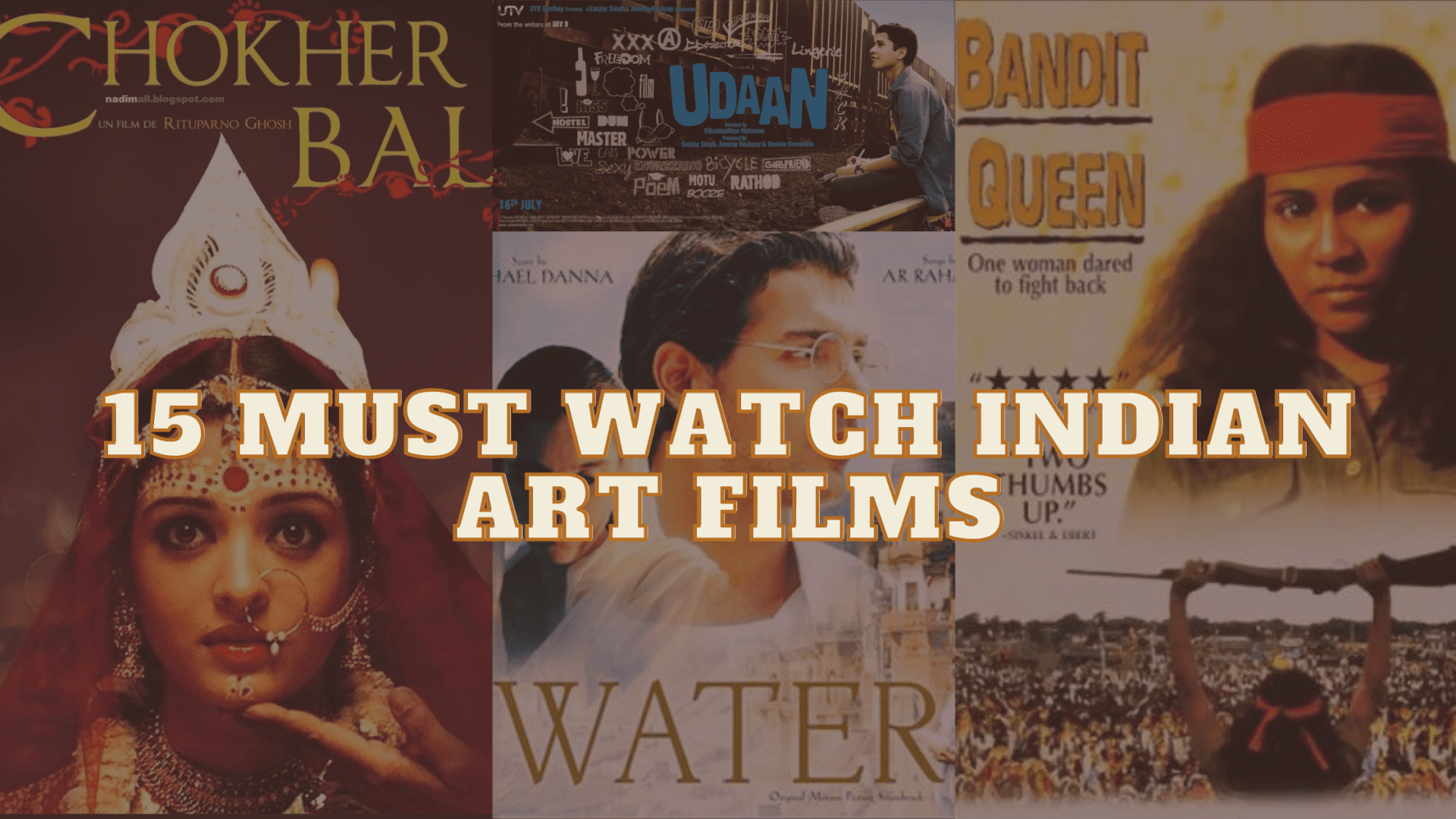 The romantic genre entails the steely reminiscences of a ‘lost’ couple whose paths cross again at a railway station. Mahendra (Naseeruddin Shah) and Sudha (Rekha) are ex-man and wife who walk down the memory lane together sitting in a railway waiting room.

Their wedding was much ‘delayed’ phenomena as Mahendra was busy building his career in photography. Sudha is shattered to know about the second woman in her fiancé’s life, Maya (Anuradha Patel) from Mahendra but the two never unite. Mahendra is never able to go back to Maya as she suddenly disappears. So, he weds Sudha. Maya’s sudden presence fumes the happiness of the couple and this is where the vacillating Mahendra leaves the audience in a fit of pique because he chooses to live with Maya over Sudha. Quite a manipulator, she impairs the couple’s equation bit by bit.

He is taken care of by Maya but the chase is finally cut, at least that is what viewers think of. Mahendra now misses Sudha’s presence and grows indifferent to his love interest resulting in Maya stepping out once and for all. Being steer clear about love life wasn’t Mahendra’s forte.

During the conversation, there are also times when the genuineness of their bittersweet relationship is reflected but it still lacked warmth. They discuss each other in a waiting room, symbolic of the two ‘waiting to get the burden off of their shoulders. Sudha’s husband (Shashi Kapoor) comes to pick her up and Sudha asks for Mahendra’s permission (Ijaazat) to leave because she didn’t when she left him before. The song ‘Mera Kuch Saamaan’ sung by Asha Bhosle lives with many of us.

‘A Wednesday’ paints the events of an unforgettable day that Mumbai Police Commissioner Rathod (Anupam Kher) witnesses closely. He gets a lead on call from an unknown person (Naseeruddin Shah) about 5 explosives being planted across Mumbai that would explode in 4 hours simultaneously if the 4 militants weren’t set free. Rathod assumes him to be a subterfuge but comes to act quick as the caller informs about one being in Colaba Police Station and begins to trace the call.

Soon, the police are alerted about the situation and the militants are kept under high vigilance of Officer Arif (Jimmy Sheirgill) and Officer Jay (Amir Bashir). Now, Rathod is called up again for the course of action that the militants be left in on Juhu Aviation Base Runway. Suspecting bombs would nevertheless be not diffused by the caller, Officer Arif releases only 3 of them.

Arif conveys to Rathod that the 3 militants died in an explosion then and there. Upon revelation by the caller, they come to know that he didn’t favour the safety of the 4 deviants as a member of their group but intended to kill them all. Naseeruddin Shah, hence, requests Rathod to kill the fourth one or he would never diffuse the 5 bombs. However, they were never planted.

‘Bhumika’ (literal meaning ‘a role’) is a film by Shyam Benegal which sublimely epitomizes a successful actress’ journey escaping her loveless home to a challenging love life that impacts her career. Usha (Smita Patil) is introduced in the world of cinematic stardom with the help of a close family acquaintance Keshav (Amol Palekar) who has been hovering over her for a long. She ends up marrying him out of love due to pre-marital pregnancy.

She soon finds herself strangled in the marriage as Keshav remains a self-absorbed man who controls her work and lives off her stardom and money. Keshav grows jealous of her success while fails his own. Rumours of her being an infidel aggravate their relationship and she faces abuse from him and has to separate from her mother and daughter.

Usha now scrutinizing her bad fate, comes across Sunil Verma, a film director who is an overtly rational person. He defies to put his heart into deeper relationships and superstitions. He keeps Usha hanging in emotional dithering. Thereafter, she changes her course again by becoming a ‘mistress’ to an affluent businessman Vinayak (Amrish Puri) who confines her in his mansion with his bed-ridden wife.

Being an actress, Usha got to play hundreds of charismatic roles, not only on screen but also in real life. The story ends with Usha leaving behind all her social roles (that of a daughter, a mother and a wife) and accepting one single role, of being an individual self. Smita Patil won a National Film Award and a Filmfare Award for Best Actress while the film got National Film Award for Best Screenplay in 1977 and a Filmfare for Best Film.

Manthan (The Churning) revolves around Dr Rao’s (Girish Karnad) efforts to bring up a local milk cooperative in Anand, Gujarat that happens to be a cattle-rearing society. The film was produced by Gujarat Co-operative Milk Marketing Federation Ltd.

Dr Rao comes to Anand with the object of setting up cooperative dairy that will provide the locals and be run by them too but he struggles to unite the locals who are snowed under their own social rivalries and casteism. He meets Bindu (Smita Patil) along with other villages and gets accustomed to the local livelihoods. He and his team are challenged by Harijan community head Bhola (Naseeruddin Shah) who stands against the high-class Panch and believes that the co-operative will only empower the rich but slowly gains confidence in Dr Rao as he wins the election of co-operative’s head.

The Panch (Kulbhushan Kharbanda) fraudulently makes evidence with Bindu’s thumb impression that vindicated charges against Dr Rao. Realizing he has dug a deeper hole for himself, Dr. leaves with his wife while Bindu and Bhola continue to run the dairy with the help of few more villagers.

The film tries to convey that the discriminatory social laws that are customary among the uneducated commonality can potentially deprive them of opportunities to earn themselves higher independence and self-reliance. Those who are willing to change and adapt are freed from such restraints and find a better future for themselves. Manthan also implies ‘churning of the mind’ that we see remains out of question for many villagers.

The film’s thought-provoking plot about consequences of extra-marital affairs is edgy while it traces the lives of two women of different financial backgrounds, one who is left with nothing to fall back to (Shabana Azmi as Pooja) and another (Rohini Hattangadi as her maid) who has little means to fetch. They are challenged by their earning ‘infidel’ husbands whose unwise life choices fill their spouses with presentiments of insecurity.

Pooja had a tough childhood but that didn’t stop her from aspiring for a beautiful future with her husband Inder (Kulbhushan Kharbanda). She stumbles upon a shocking revelation that the man in her life in love with another woman Kavita (Smita Patil). Inder’s disloyalty doesn’t only affects Pooja emotionally and financially. She then has no place to go and has to earn a living.

Raj (Raj Kiran) helps Pooja and eventually falls for her. He motivates her to get her life back on track again and helps her get over her painful past. Meanwhile her struggling maid ends up in jail for killing her treacherous and irresponsible husband. Pooja begins spending her life with her maid’s daughter and simultaneously crosses paths with the other woman, Kavita.

Kavita is deeply affected by pitiful Pooja and leaves Inder out of guilt. Inder attempts to mend things with Pooja but she moves on. Nobody chases anybody at the end but repents for long with a sinking heart.

Literally ‘breath’, Shwaas narrates the story of Vichare (Arun Nalawade) who wrestles with a heart-wrenching consequence of his grandson losing his sight forever upon surgery for Retinal cancer. The story induces catharsis as the viewer starts to feel the helplessness of the grandfather who only wants the best for his son but feels pierced to accept that his grandson’s eyes will be compensated forever to save his ‘shwaas’.

Once the date for surgery is confirmed, Vichare is urged to show the world to him that will vanish post his operation and escapes without notice. The background scores weave beautifully to the track of the plot.

The film is an emotional sail through, originally made in the Marathi language, won National Film Award and was critically praised for its performances. It got an entry into Oscars 2004 under ‘Academy Award for Best Foreign Language Film.

The drama revolves around the life of 3 young aspiring students Siddharth (Kay Kay Menon), Geeta (Chitrangada) and Vikram (Shiney Ahuja) of Hindu College, Delhi in the early 1970’s time of revolutionising socio-political scenario in India. Siddharth belongs to a higher social stratum but is driven to bring important social change in the state of Bihar.

The Bihar (Student) Movement rose in 1974 led by Jayaprakash Narayan, to fight corruption. The movement’s object was to compel PM Indira Gandhi to remove the then incumbent Chief Minister of Bihar, Abdul Gafoor. Jayaprakash Narayan was actively protesting against Congress. While Congress faced a bitter defeat in the Gujarat elections, PM Indira Gandhi, too, was banned from office for 6 years. She went on to impose ‘National Emergency’ with opposition jailed on no legal grounds.

Bihar, Jharkhand, Odisha, M.P. and Chhattisgarh were also the states with Naxalite influence. Siddharth comes to believe that ‘violence of the oppressed is right’ and finds an ideological connection with the Naxalite. Geeta is in love with Siddharth but is uncertain of a beautiful life given his career path.

Vikram comes from a strict moral background who wants to make it big, a political climber who falls for Geeta. But Geeta is more inclined towards Siddharth, who can only dedicate to his passion. She seeks the opportunity to raise her status by tying the knot with a bureaucrat Arun (Ram Kapoor) but cheats with Siddharth. She joins Siddharth in his village post-divorce from her former husband who couldn’t match her passion for love.

Things start to fall apart when Siddharth is noticed by police and is chased down. Geeta now resorts to look for a better future for her son with Siddharth and thus, sends him away. The complexities humans as social beings, invite without thorough examining of adverse situations constitutes the theme of the plot. It continuously questions the Leftist way of problem-solving.

Vikram, who has grown influential in the past few years, stands with his only love when things go awry (presuming Siddharth to be dead). However, as soon as they are hinted at Siddharth being alive, Vikram goes to rescue him in the most taxing situations. He finds himself trapped by police who end up suspecting Vikram being a gang member of Siddharth and beat him up. He suffers severe injuries and is left handicapped for life while Siddharth had made his way out. The climax brings another mysterious aspect of Geeta when she chooses not to chase Siddharth anymore.

The film’s exemplary portrayal of people inspired to bring a change despite adverse social backgrounds deserves much appreciation. The playback absorbs the audience while they suffer a revolution in their minds. It is the best political film made till date.