Reflecting characters in their authentic sense along with the bold portrayal of relevant subjects in films, the Malayalam Film Industry has bloomed its way to become the fourth largest Film Industry in India. With a comparatively lesser focus on commercialization, the Mollywood Film Industry has pioneered a variety of technical, production, and thematic elements throughout the years. In the 21st century, a long way from its transition, today, the films made in Malayalam are embraced by a wider audience and hold a special fondness for their viewers despite the language and cultural differences all over India. 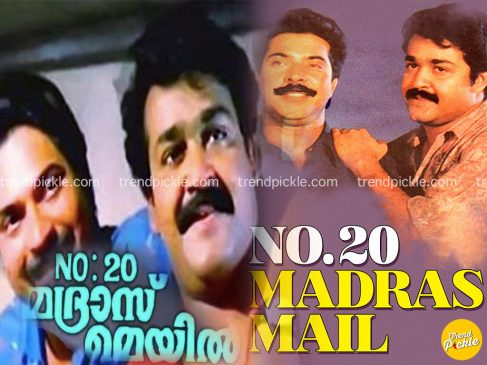 With a 7.8 review on IMDb, this 90’s film created a wave in South India for its detective/journalistic style. The life of three jolly youngsters gets a turnover post a mysterious homicide that occurs on the train that they happen to travel. Directed by Joshiy and Priyadarshan and screenplay by Shibu Chakravarthy and Dennis Joseph, the film indeed gives a ‘hold onto your seat’ kind of vibe throughout. What more can create a rush over theatres for the fact that Mollywood industry’s most loved actors Mammootty and Mohanlal are the protagonists! Along with them are a vibrant cast including Innocent, Jagadish, Maniyanpilla Raju, and Suchitra Murali. The dubbed Hindi version was released in the year 2016. Go ahead and watch the rest to know how the whole journey unveils! Lijo Jose Pellissery proves his skills yet again in his 2011 Indian crime thriller film, the City of God written by Babu Janardhanan. The story merges the life of Tamil migrant workers and a team of land mafia criminals based in Cochin. The film, starring the brothers Indrajith Sukumaran and Prithviraj along with Rajeev Pillai, Rohini, Parvathy, Rima Kallingal, and Swetha Menon was applauded by critics for keeping away clichés and commercial thrusts on its narrative structure. If you are a fan of experimental filmmaking and camera techniques, City of God is a film worth observing.

Click here to watch The City of God! The Hindi version was dubbed in the year 2014! Don’t miss it! After the brutal murder of Harish Vardhan’s wife was investigated by the City police commissioner, revealing the genius of Roopesh Peethambaran as a Director and Screenplay artist. Starring Dulquer Salman, Shika Nair, Anu Mohan, and Vishnu Raghav, Theevram is everything that its title suggests! The dark action thriller is Roopesh Peethambaran’s directional debut. Distribution of the film was done under Lal Jose (L.J Films). Keeping its viewers gripped though having a comparatively lukewarm end, Theevram is a story of loss, the battle for justice, and revenge. IMDb gives it a 6.5. The dubbed Hindi version came out in the year (2017)

Thriller fans, you would love it. Click on and watch the movie: 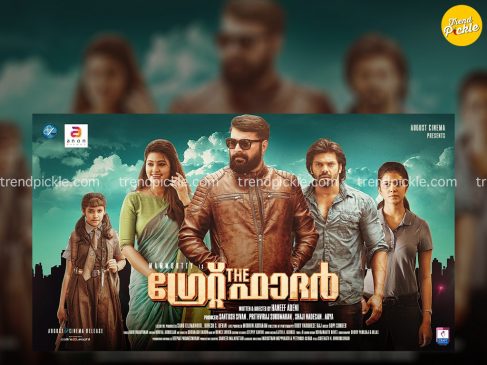 The beautiful bond between Sarah and her father David Nainan is shown in Haneef Adeni’s The Great Father produced by Prithviraj Sukumaran, Arya, Santhosh Sivan, and Shaji Nadesan. The thriller that came under the banner of August Cinema, stars Mammooty in the lead a David Nainan along with Arya, Sneha, and Shaam in supporting roles. The dubbed version in Hindi under the title ‘Dashing Jiggarwala’ was released in the year 2017. The film deals with the disturbing hunt for a pedophile who causes chaos in the lives of David as well as numerous families who find their children missing.

Click here and watch the film to know what happens to the so-called ‘Joker’! 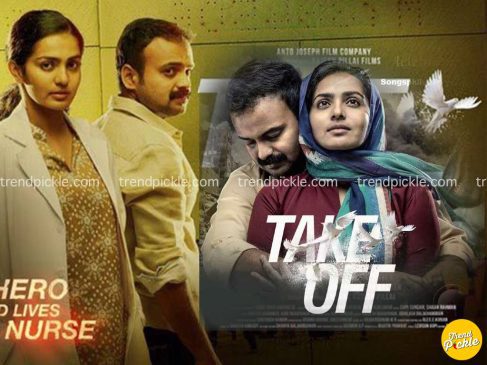 Directed by Mahesh Narayan and Written by P. V Shajikumar along with Mahesh Narayan himself the film has bagged numerous awards and wide recognition. The Indian political drama film is based on real-life incidents of the Malayali nurses who worked in the city of Tirkit, Iraq (2014) and their ordeal. Primarily led by Parvathy Thiruvoth along with Kunchako Boban and Fahad Fasil the film was shot in various parts of Dubai and Kerala. The film won a Special Jury Award at the 48th International Film Festival of India and Parvathy becoming the first-ever Indian film actor to win the Silver Peacock Award, won the award for Best Female Actor. The dubbed version was brought out in the year 2018.

The film is a must-watch! Click here to watch! This Malayalam crime thriller was written by Udayakrishnan and Siby K. Thomas and directed by Joshiy stars Dileep, Indrajith Sukumaran, Murali, Kavya Madhavan, and Harishree Ashokan. The story revolves around a young man who involves in the smuggling and illegal handling of goods due to the heavy financial crisis he faces. The story takes an interesting turn when his brother, who is unaware of the crimes his brother commits, is appointed as the police officer in charge to deal with the increasing crime rate in Wayalar. The rest is for the viewers to watch and see!

This film was dubbed into Hindi as JAIL in the year 2016. Click on and watch JAIL! 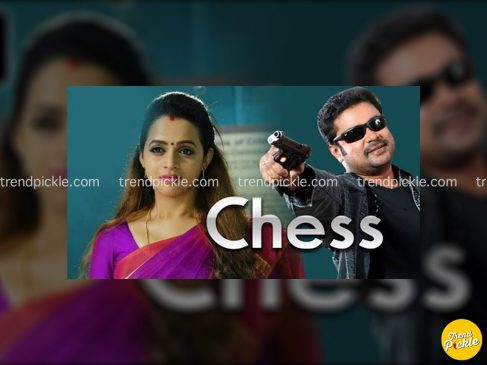 The very name of the film suggests the thrill of the game that is found in the characters of the film who play smart to survive life. Directed by Raj Babu and written by Udayakrishnan and Siby K, the film stars Dileep and Bhavana in the main roles. The movie was dubbed into Hindi under the name ‘Aag Ka Dariya’ (2014). The film indeed portrays the protagonist who plays with fire as a means to avenge the death of his parents along with the purpose to escape the cruel manhunt he is subject to by pretending to be blind. With an IMDb rating of 5.2, the film sure keeps you waiting till the end to see what happens.

See for yourself! Click here to watch the movie! Kurukshetra is a sequel to the 2006 Keerthi Chakra written and directed by Major Ravi. Based on the 1999 Kargil Conflict between India and Pakistan the situation is portrayed from an Indian perspective with Mohanlal in lead as Colonel Mahadevan. Siddique, Biju Menon, Ravi Mariya, Sania Singh, Anjana Chandran, and Assim Jamal are other actors who add to the film. The film was dubbed Aaj Ka Kurukshetra in the year 2015. 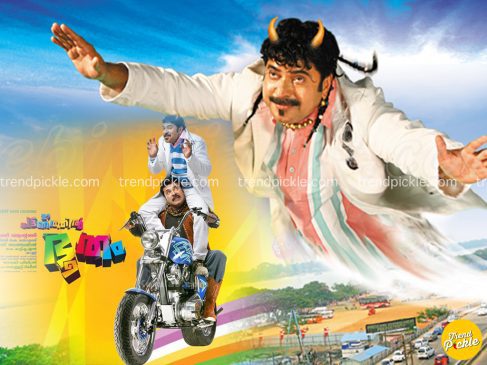 If you are a lover of fantasy and surrealism as well as a child at heart, you would have a delightful experience watching Bhoot Bhaiya (2019), the dubbed version of the Malayalam film Ee Pattanathil Bhoodham directed by Johny Antony. The friendly spirit and his newfound company of circus kids remind one of the My Dear Kuttichathan films that were made centuries ago! The dubbed version of Masters was released in the year 2017. The film acclaimed wide attention in Bollywood as well as a true piece of action thriller that makes you question every single thing that happens in the film. The idea or notion of the Hero and the Villain blur in between as events unfold in Masters. The film directed by Johny Antony truly shocks the viewers!

There are plenty more amazing Malayalam films that were dubbed for the viewers but these ten are some of the best among them! Which is your favorite Malayalam movie dubbed in Hindi, let us know in the comments section!