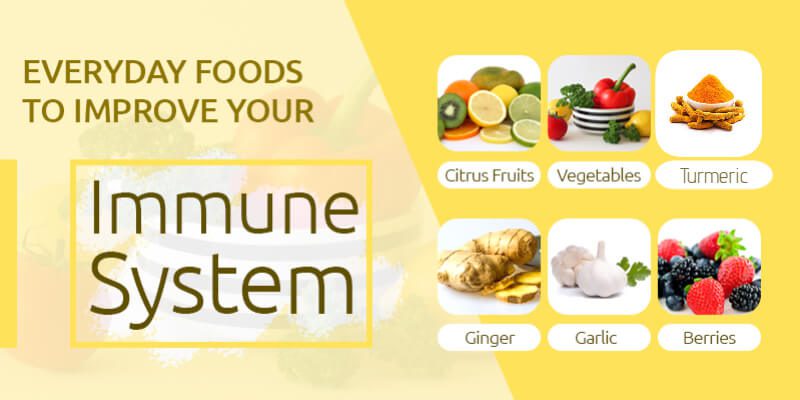 Have you ever wondered about which is the best army-like defense system available with us against our enemies? It’s our body’s own immune system, which comprises of various cells, tissues, organs and proteins that protects our body from foreign invaders! These invaders include bacteria, viruses, fungi and various other pathogens which cause infection or any disease. Our immune system is thus very necessary for our survival. On coming in contact with any pathogen, it immediately triggers an immune response. It identifies foreign invaders and tolerates the ones which are non-threatening. It releases antibodies which attach to antigens present on the threatening pathogens and destroys them. It thus not only counter-attacks the invaders which possess a threat, but also maintains a memory of such encounters, for quicker action in case the same invader attacks again. For e.g., if our body’s immune system develops antibodies and fights chicken pox virus once, it will become immune to catching the infection again. Interesting, isn’t it?

The immune system of newborns is immature. It matures fully in the initial few years of our life as we grow. It can decline as we age. Susceptibility to infections increases in early and late phases of life due to sub-optimal immune competence.

One of the most pragmatic recommendations to improve immunity and reduce risk of infections is to avoid any nutritional deficiencies by consuming a healthy and balanced diet. Good quality and proper nutrition is essential for proper functioning of the cells in our body which also include cells in our immune system. It is important to include a good variety of vegetables and fruits in your diet in order to ensure sufficient intake of all the essential nutrients. Following is a list of best foods that can assist to boost your immunity.

It is a member of the ginger family and it commonly used as a spice herb in India. It is also used in various Ayurvedic remedies since ages. Various studies have proven the immunomodulatory and anti-inflammatory effects of turmeric. It enhances the immune system and is very useful in immunosuppressed patients. 1 Turmeric milk is thus commonly given in India if you catch cold. You can also mix it with honey and/or ginger extract for maximum benefit!

It originated from Central Asia and is one of the most potential immune boosters. It improves anti-oxidant status and protects from inflammation, free radicals and cancer insurgence. It contains zinc which also boosts the immune system.6 Add it while cooking vegetables or spice up your fried rice with burnt garlic on the top!

It is commonly consumed world-wide and is well-known for its anti-inflammatory, antioxidant and anti-carcinogenic properties.It is recommended for boosting the immune system. It contains flavonoids which can reduce risk of infections.

It is a potential immune booster which has also been a part of various Ayurvedic and Chinese medicines due to its rich phytochemistry. It also protects against hazardous hepatoxicity induced through chemicals such as ethanol, bromobenzene and acetaminophen. Its anti-inflammatory properties assist in management of respiratory infections, arthritis, allergic diseases and gout. Add it to your tea or turmeric milk for great taste and health benefits. You can also mix ginger juice with honey and consume it for managing cough.

These seeds enhance our immune system and are commonly used in herbal medications for prevention and treatment of various disorders. Various scientific evidences have proven its anti-inflammatory, antioxidant and immunomodulatory effects. It also has anticarcinogenic properties. Its oil is known for various health benefits such as curing rheumatism. It is widely used in Indian cuisines such as korma. It can be added to vegetables, chutneys or dal dishes. It can also be sprinkled over naan bread prior to baking.

Oral intake of honey stimulates production of antibodies and thus daily consumption of honey is recommended by various scientific studies to boost immune system. You can consume it alone or even in combination with salads.

Oily fishes such as salmon are a good source of omega-3 fatty acids, which assist in improving the immune system. They also provide Vitamin D which reduces susceptibility to infections due to improved immune system.

As per a study published in the journal Nutrients in 2019, omega-3 fatty acids can enhance immune function post exercise and thus reduce upper respiratory tract infections. This is thus very useful in atheletes who often have a reduced immune system because of intense exercise and competitions, and thus have a tendency to develop upper respiratory tract infections. Cook it in any manner as it just tastes great anyways!

This is another rich source of omega-3 fatty acids. It also contains vitamin E which acts as an antioxidant and thus improves immune system.  You can have around 4-5 walnuts anytime throughout the day to boost your immune system!

Being a rich source of Vitamin A, they are very useful in improving immune function. Deficiency of Vitamin A increases susceptibility to variety of infections. Various studies have confirmed the significance of Vitamin A and its metabolites in enhancing the immune system. Make it a regular part of salads or add them to your vegetables while cooking.

It is an excellent source of proteins which are building blocks of all cells in our body including those in our immune system. Egg yolk is rich in Vitamin D which also boosts the immune system. Including boiled eggs in breakfast thus seems to be a healthy choice!

It is a probiotic which supports our immune system. A study published in the Turkish journal of pediatrics recommended universal use of yogurt in acute diarrhea.

You can either mix it with salads or include it separately in your meal.

It contains quercetin which is a flavonoid that has shown beneficial effects on inflammation and immunity. A 2016 study published in the journal Nutrients has shown that quercetin acts as a immune booster. Rightly said, an apple a day keeps a doctor away!

It is a citrus fruit which contains Vitamin C that contributes to immune defense system. Strawberries and red bell peppers also are rich sources of Vitamin C. A refreshing orange juice is a good choice to boost your immunity.

Broccoli contains vitamin C and potent antioxidant like sulforaphane along with abundant other vitamins and minerals. Some recent studies have shown that sulforaphane which is present is various vegetables like cauliflower, broccoli, cabbage etc. can modulate the immune system. It is thus a healthy vegetable choice to be included in your meal.

It is rich in vitamin C, polyphenolics, and is a great antioxidant which boosts the immune system.11 Chyawanprash, which is a traditional Ayurvedic health supplement fortified with high Amla content is recommended to boost immune system and fight infections.

Various studies have proven that consumption of dark chocolate improves antioxidant defenses and thus boosts the immune system. Although being associated with risk of weight gain, scientific evidences suggest that the benefits of consuming dark chocolate outweigh the risks.

It is power packed with vitamins, minerals, antioxidants, polyphenols and anthocyanin which makes it a great immune system booster as per a 2019 review published in the journal Food science and nutrition. Sweet potato leaves are also known to promote health by enhancing immune system and decreasing oxidative stress cause by free radicals.

They are rich in powerful antioxidants like Vitamin E and selenium along with various other vitamins and minerals which makes it a great immune booster. It supports immune system by targeting free radicals. It is a great snack to be munched, and can also be added in salads.

It contains vitamin A in the form of pro-vitamin A carotenoids which play an important role in boosting immune function. It also contains flavonoids, vitamin C and vitamin E which support the immune system. Now it is clear to us why Popeye is always seen to be eating spinach!

They are packed with zinc and other nutrients which improve the immune system. A 2012 scientific review and meta-analysis published in the Canadian medical association journal  revealed that zinc could assist in shortening the duration of symptoms related to common cold.

It is liquid butter which is obtained from cow milk by addition of yogurt culture. It is rich in vitamin A and conjugated linoleic acid. It is an excellent option to boost immune system. Apply it to your rotis, chapatis or bhakri; or add it over steamed rice and dal for awesome taste.

Along with all of the above, remember to stay hydrated always by drinking water, juices or soup!

The Impact of Fame on Mental Health

Test Clear of Drugs with These Tips!